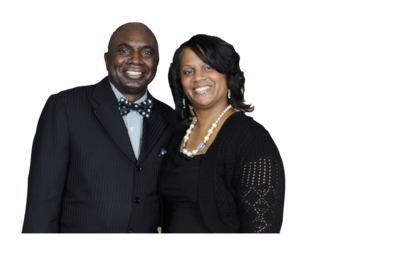 sense there was more for her to do.  Upon seeking the Lord, fasting and praying, her answer came to her during a second service.  She was ministered to and it was decreed that she was supposed to walk with her husband in ministry as the Co-Pastor.  This was hard for her as she never aspired to ministry at all.  She never dreamed it was any calling of hers.

Even though she received her answer, it took her five years to agree to submit to the call.  She gave the Lord three excuses: 1) "I'm the youngest Pastor's wife in the area".  2)  "No other Pastor's wife in the area is a Co-Pastor".  3) Why do I have to be the first one?".  At a service celebrating TOZ's Church Anniversary, she received her confirmation. Pastor, now Bishop Donald Wright preached, "Hail Mary thou art highly favored."  After he expounded on how Mary finally accepted the Word of the Lord sent by the angel Gabriel with "be it unto me according as you will".  He then turned to Sister Patrice and said, "Hail Mary, thou are highly favored".  You're not going to be like my wife Sabrina, nor will you be like Mother Jackie, Bishop Williams' wife.  And neither will you be like Gloria Copeland, Kenneth Copeland's wife, whom she loved to listen to on Christian television.  No one knew she liked watching Gloria, so when she heard those words, she knew it was time for her to answer her call.  In December1997, TOZ's then Bishop Saunders ordained her in ministry and as Co-Pastor of Tabernacle of Zion.

Pastor Patrice serves beside her husband, Senior Pastor Ron Thornhill to whom she has been married 31 years. They have two children, Ashley and Ronald, and one grandson, Joshua Josiah. Together they shepherd the Tabernacle of Zion Church in Lawrenceville, VA.  She is a psalmist, prayer warrior, and life coach who is passionate for the things of God and the people of God. Her God-given maternal nurturing extends to women and children as she mentors others to realize their Kingdom potential. Pastor Patrice established the WOMEN’S HOUR OF POWER, a spiritual mentoring program designed to uplift women and teens through encouragement and focus on God’s Word. She also teaches in various capacities that involve the Tabernacle of Zion youth and adult Sunday School class. Under her leadership during the twenty-four years of ministry, the worship experience during Sunday services has evoked the presence of God and set captives free.

The title “Pastor” for her is not contained in the four walls of the TOZ ministry. Pastor Patrice has previously served as a Surrogate Parent for the Brunswick County Public School System, as well as on the Advisory Council for Project Enable, a program which provides local children and families educational and recreational learning opportunities. She has also served on the St. Paul’s College CDC and Southside Area Health Education Center Boards.  Pastor Patrice was honored by the Zeta Phi Beta Sorority, Inc. as an example of the Pearl Qualities of Excellence for her community service and mentorship.  Her name was submitted by one of TOZ's members for a contest advertised by Praise 104.7 whereby words were written to describe your church's First Lady.  She won and Pastor Patrice was featured in the March Funeral Home calendar during the year of 2012 for the month of August.

Her personal hobbies include bowling, skating, and crocheting. One may be surprised to know that she has attempted to learn to ride motorcycles, and envisioned forming a biker club to evangelize others to follow Christ!

Because of her love for people, she pursued a B.S. degree in Behavioral Science from Bluefield College. After her assistant directorship of the TOZ Child Day Care ended, Pastor Patrice was hired by the Petersburg City Public School System as a Human Resources Associate.

Surprisingly, she gets it all done with grace and sincere compassion for others. As she encourages others, she is reminded herself to “just pray” to fulfill each day’s God-given tasks.

You’ve heard it spoken often, and emphatically, “Just pray!” That phrase has become the sentiment of Pastor Patrice’s heart and life as she was brought up in the Glorious Church of God in Christ in Brooklyn, NY, under the tutelage of her late father, Min. Lenopolis (Leon) Lewis, mother, Olivia Lewis-Lesley, grandmother, Mother Sadie Fulton, great-grandmother, Mother Mary Lindsey and Mother Rosa Johnson, one of her spiritual mentors; all prayer warriors.  Later on in her spiritual walk, she was under the pastorship of Bishop Melvin Williams of the True Apostolic Church of our Lord Jesus Christ.

Around 1992 as the Lord called her higher in prayer, sometimes unable to sleep and praying all night, she began to ​​​

live a life of integrity and holiness. She believes in training up warriors who will allow their faith to propel them even when they may not see the fullness of what God is doing in their lives.

Pastor Jessica allowed the Lord to fulfill the divine purpose of her existence in February 2005 when she was licensed into ministry. God saw fit to elevate her assignment and as a result she was ordained as an Evangelist in July of 2009. In January 2011 she was appointed to the office of Youth Pastor. As a result of her faithfulness to the mantle on her life, God has allowed her ministry to span the East Coast and beyond. Most recently, she released her literary debut, Devastated But Not Destroyed, a book with a kingdom assignment designed to jolt your faith, sustain your strength, and change your perspective from one of pain and pity to power to all who dare to read it. Pastor Jessica is anointed by God to preach the gospel with a prolific, profound and prophetic word that will set captives free!  However, her greatest desire is that God be glorified through her life!

A fixture of inspiration, motivation, hope, and new life, Pastor Jessica L. Jones encourages, exhorts, and empowers all to reach their full potential in their personal and spiritual lives. Chosen by God, anointed for His purpose, and on a divine assignment to win souls to the glory of God, Pastor Jessica has been called to push men and women from labor into delivery so that the divine assignment on their life is both birthed and fulfilled.

Fueled by a passion to see people live up to their full potential and walk in the greatness God destined for them, she merges spirituality with the practicality of everyday life. Pastor Jessica’s approach provokes everyone to pursue and 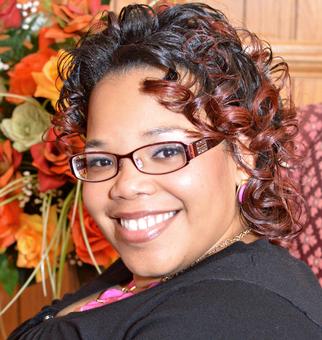 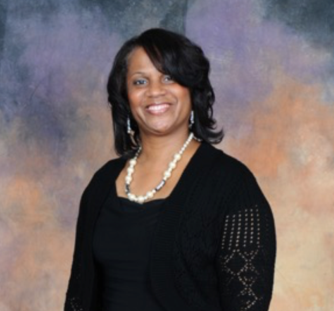 Bishop Ron also serves as the Dean of Students and Athletic Director at Brunswick High School.  His hobbies include fishing, basketball, ping pong and running.  Because of his love for basketball, in the early days of Tabernacle of Zion, he founded and put together a Summer League that featured 100-150 attendants nightly.

In addition to the many hats he wear in Southside Virginia, Bishop Ron serves as chair of the Southside Community Services Board of Directors, which oversees Behavioral & Mental Health Services for the Counties of Brunswick, Mecklenburg and Halifax.

With the help of the Lord, Bishop Ron has accomplished much during his tenure at Tabernacle.  Not only is he the Senior Pastor of Tabernacle of Zion, but he can be hailed as the “Community’s Pastor”; the man to whom God has given the vision to propel this church and Southside Virginia into another arena for this millennium.


Bishop Dr. Ronald Thornhill is a native of Richmond, Virginia.  In 1982, he graduated with a Bachelor's Degree in Business from Virginia Commonwealth University. He has a Master’s Degree in Education from Old Dominion University, along with a Master’s of Divinity from Virginia Union University.  He just recently completed his doctorate in education from Nova Southeastern University.  He married the former Patrice Monselle Lewis, who now co-pastors with him in the ministry.  To this union were born Ashley LaTrice & Ronald Keith Thornhill II.  He also has one grandson, Joshua Josiah who will soon be five years old.​ 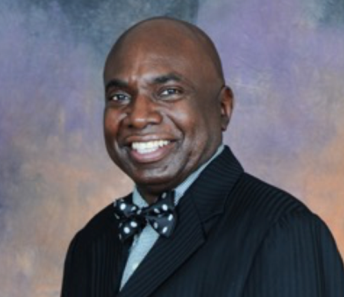